G+: Looks like Google's solution to the injunction against …

Looks like Google's solution to the injunction against the Galaxy Nexus is just to remove the local search functionality from the device entirely. Which really kind of sucks for usability (no more searching for contacts, emails or applications).

The Quick Search Box has been around in Android since 1.6 (September 2009, though this is after the Spotlight feature was introduced in iOS 3) while the search provider has been around since the very first release of Android. 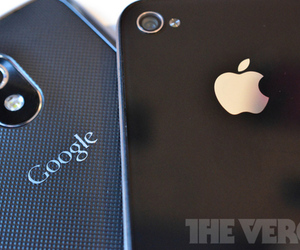 That really is an obvious feature.

I think patent offices would be a little more reticent about granting patents if companies could sue the patent office for accepting patents that are later proved to have prior art or be obvious / trivial.
Apple to Google: "please remove search. We invented that."